Kate is a biochemist building synthetic cells. Her research aims at understanding chemical principles of biology, using artificial cells to create new tools for bioengineering, drug development, and basic research. The interests of the lab span questions from the origin and earliest evolution of life, using synthetic biology to colonize space, to the future of biotechnology and medicine.
She received a MSc in chemistry from the University of Warsaw, Poland, studying synthetic organic chemistry. In grad school, she worked with professor Pier Luigi Luisi from University Roma Tre and Jack Szostak from Harvard University. She studied RNA biophysics, small peptide catalysis and liposome dynamics, in an effort to build a chemical system capable of Darwinian evolution. Kate's postdoctoral work in Ed Boyden's Synthetic Neurobiology group at MIT focused on developing novel methods for multiplex control and readout of mammalian cells.
Her full first name spells Katarzyna; she goes by Kate for the benefit of friends speaking less consonant-enriched languages.
Contact: kadamala@umn.edu.
Mailing address: 420 Washington Ave SE, 5-128 MCB, Minneapolis, MN 55455 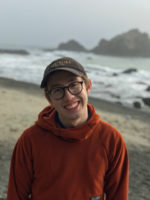 Orion joined the Adamala-Engelhart lab in early 2019. He is currently studying biochemistry and molecular biology, as well as the Finnish language, at the University of Minnesota Twin Cities, and plans on pursuing doctoral education. He has been involved with: the development of tissue culture methods for threatened plant species â particularly Lilium martagon; the effect of heavy metal salts on the mutagenic activity of sodium azide as seen in Brassica rapa; and the development of a gene drive for the control of Tanacetum vulgare. Currently, Orion is working on repurposing cyanobacteria for intercellular photo-catalyzed activities within synthetic minimal cells â this research has application not only within synthetic biology but also relates to the origins of complex plant life. In general, Orion is mainly interested in synthetic biology, molecular programming, and microfluidics as well as synthetic photosynthesis. In his free time, Orion enjoys backpacking, freestyle canoeing, tenkara fishing, reading, cooking, and trail running. Contact: vener015@umn.edu

Judee received her B.S. in Microbial Biology from the University of California, Berkeley in 2014. Although she did do research in her undergraduate years, she didn't find her true interest in environmental microbiology and its applications until she began researching at the U.S. Department of Agriculture and start-up companies like Pivot Bio and Wild Earth. In 2018, she made the move to the University of Minnesota's graduate program in Biochemistry, Molecular Biology, and Biophysics where she joined the Adamala-Engelhart Lab. She is interested in furthering the functionality of synthetic cells for use in environmental biotechnology applications. Likewise, she would like to use synthetic cell mechanisms to consider (or reconsider) the origins of life on Earth or potentially in extraterrestrial systems. When she's not in lab, she likes to read, watch The Office, backpack, and drink beer. Contact: sharo112@umn.edu

Wakana received her B.S. in Agriculture at Hokkaido University, Japan in 2018. She began her research career as an undergraduate under Dr.Takasuka, studying biomass-degrading enzymes, and Dr. Kato, studying the discovery of bioactive natural compounds. In 2018, Wakana started graduate school at the University of Minnesota, and joined Dr. Kate Adamalaâs lab. She is interested in enzyme engineering for natural product synthesis and gene-based tool development for biocomputer. Contact: sato0055@umn.edu

Chris Deich graduated from the University of Eau Claire-WI in 2016 with a B.S. in Biochemistry and Molecular Biology. He spent two years working at the Veterinary Diagnostics Lab on the UMN St. Paul campus before moving to the Adamala lab. Research interests include protobiology and using synthetic minimal cells as bioreactors. In his free time he enjoys reading science fiction, listening to music and camping on the weekends. Works on projects jointly with Engelhart lab. Contact: deich010@umn.edu

I am working on a B.S. in Genetics, Cellular Biology, and Development at the University of Minnesota, Twin Cities, and I am expected to graduate in spring 2020. After graduation I plan on going to grad school. Some of my research interests include diseases, drug therapies and delivery, vaccines, stem cells, and synthetic biology. Some of my other interests include shopping, Netflix, and hanging out with friends.
Contact: stoke102@umn.edu 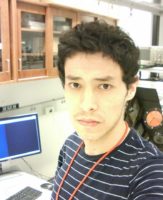 Contact: jalejoam@umn.edu
Jose L. Alejo received his B.Sc. in physics at Universidad de los Andes in BogotÃ¡, Colombia, numerically studying a mathematical model of viral budding. In 2009, he obtained his M.Sc. in physics, during which he studied small vesicle fusion and uptake into human astrocyte cells, under Professors Chad Leidy and John M. Gonzalez.
He continued to pursue doctoral studies at Weill Cornell Medicine in New York, where he initially studied the effects of small molecules on lipid bilayers under Professor Olaf Andersen and then wrote his dissertation on the study of ribosome machinery biophysics through single-molecule imaging techniques under Professor Scott Blanchard.
Currently, he is developing platforms for the compartmentalized, controlled evolution of the translation machinery, with views towards both origin of life and biotechnology research.
Jose works on projects jointly with Engelhart lab. 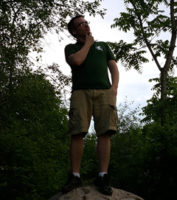 Brock Cash graduated from Bethel University in 2012 with a B.S. in Chemistry.
He spent his undergraduate years working for Life-Science Innovations helping research novel vaccines for the poultry industry, and, upon graduation, worked in Quality Control and as an Electrician until pursuing an M.S. in Cell and Molecular Biology in 2015 at Saint Cloud State University. His thesis focused on using Yeast-Two Hybrid screens to discover and characterize putative protein partners of a suspected DNA licensing protein in Toxoplasma gondii, and graduated in late 2016.
He recently finished an internship with Life-Science Innovations exploring the application of Fluid Bed Coating for vaccine development. In 2016, Brock joined the Adamala-Engelhart Lab to work on current projects.
In his free time, Brock enjoys ordering himself and creating disorder around him (typically in the form of eating food), reading, music, and learning about history and its relation to geopolitics. 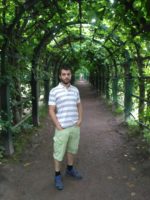 Igor is an international undergraduate student from Kazakhstan and has A.S. in Biology. Igor has been showing his interest in biology since high school. During his high school period, he participated in various scientific Olympiads starting from Regional competitions to International competitions that gave him a strong fundamental knowledge on biology. Today, he is working on B.S. in Genetics, Cell Bio and Development and a minor in Biochemistry at the University of Minnesota, Twin Cities.
Igor joined the lab on September 2017. In general, Igor is interested in investigation of therapies and drugs against worldwide diseases, synthetic biology, stem cells and cancer. Currently, Igor is studying the effects of ATP and PolyP on nucleic acids' interactions with small molecule ligands to get a better understanding of interactions of small molecule ligands with DNA and RNA and to improve an understanding of these biopolymers from both a basic science and medical (drug design) perspective.
https://www.linkedin.com/in/igor-popovich/
Igor works on projects jointly with Engelhart lab. 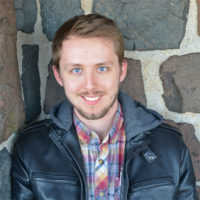 Nathan received his B.S. in Human Biology at the University of California, San Diego in 2015. He began his research career as an undergraduate under the supervision of Dr. Huilin Zhou, studying mechanisms behind genomic instability of cancer cells. He later became inspired to pursue graduate programs with focus on synthetic biology and tool development.

In 2016, Nathan started graduate school at the University of Minnesota, and joined Dr. Kate Adamalaâs lab as her first graduate student. He is working on developing synthetic minimal cells as a tool for a wide range of applications, from simplified models of cellular processes to highly modular bioreactors. In this research, he uses synthetic biology to re-engineer the machinery of life, to create new research tools and products.
Currently, he is studying interactions between RNA binding proteins and ribozymes, enabling new ways of synthetic cell gene regulation as well as a combinatorial fusion system for engineering complex genetic network interactions in synthetic minimal cells, with applications in metabolic engineering.
Works on projects jointly with Engelhart lab. 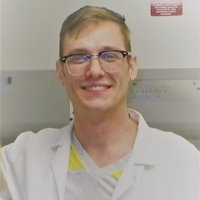 Joseph Heili graduated from the University of Minnesota-Twin Cities in 2011 with a B.S. in Biology and Plant Biology Minor. He spent four years working in the University of Minnesota Veterinary Diagnostics Laboratory until 2016 when he completed his M.S. in Biology and moved to the Adamala-Engelhart Laboratory.
His areas of interest are based in microbial ecology with goals involving bioremediation, aquaponic and aquaculture biofiltration, as well as gut and soil microbiome management. His research will focus on bacterial quorum signaling, using liposomes as models to investigate methods of influencing bacterial population dynamics.
In his free time, Joseph enjoys snowboarding, brewing beer, volleyball, camping and carpentry.
Works on projects jointly with Engelhart lab. 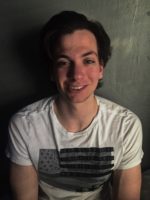 I am working on my B.S. in Biology at the University of Minnesota, Twin Cities and expected graduation is spring 2019. After graduation, I am unclear of my career path. My undergraduate research career started at the Adamala and Engelhart Lab working alongside Brock Cash beginning January 2018. Some of my research interests include; medical research, biosynthetic research, and evolutionary biology. In my free time, I enjoy music, drumming, computers, video games, travel, and working out. 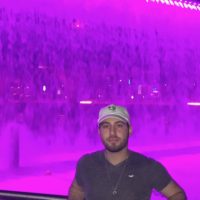 Contact: baydo004@umn.edu Ali is a Lebanese-Australian International Student pursuing a B.S in Biology and a minor in Leadership. My research interests include; cell and disease biology, medical research and behavioral education research. Other interests include: sports, Art, reading, music, Netflix and travel. Ali works on projects jointly with Engelhart lab. 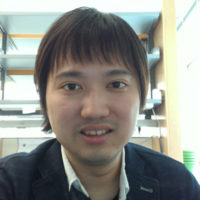 Kei Takahashi received his Bachelor of Science in physics at Tokyo University of Science in 2010, with graduation thesis focused on the behaviour of fermions in optical lattices solved by Bogoliubov-de Gennes methods using numeric calculation. In 2010, he began to study giant liposome preparation methods for synthetic biology as a Masters student at University of Tokyo, Komaba.
After obtaining his Masters degree in 2012, he continued at University of Tokyo, Komaba in his doctoral studies on a "two-dimensional reconstituted-system" consisting of a cytosolic extract and a solid-supported lipid membrane for revealing the mechanism of amoeba motion. He also developed an experimental system for DNA-lipid conjugate transition. In 2015, he obtained his PhD.
Currently, he is studying aptamer-tagged liposomes and their interaction with bacteria, both as an experimental model of the transition from prokaryotic to eukaryotic life, and as new drug delivery vehicles.
Kei works on projects jointly with Engelhart lab. 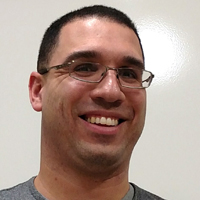